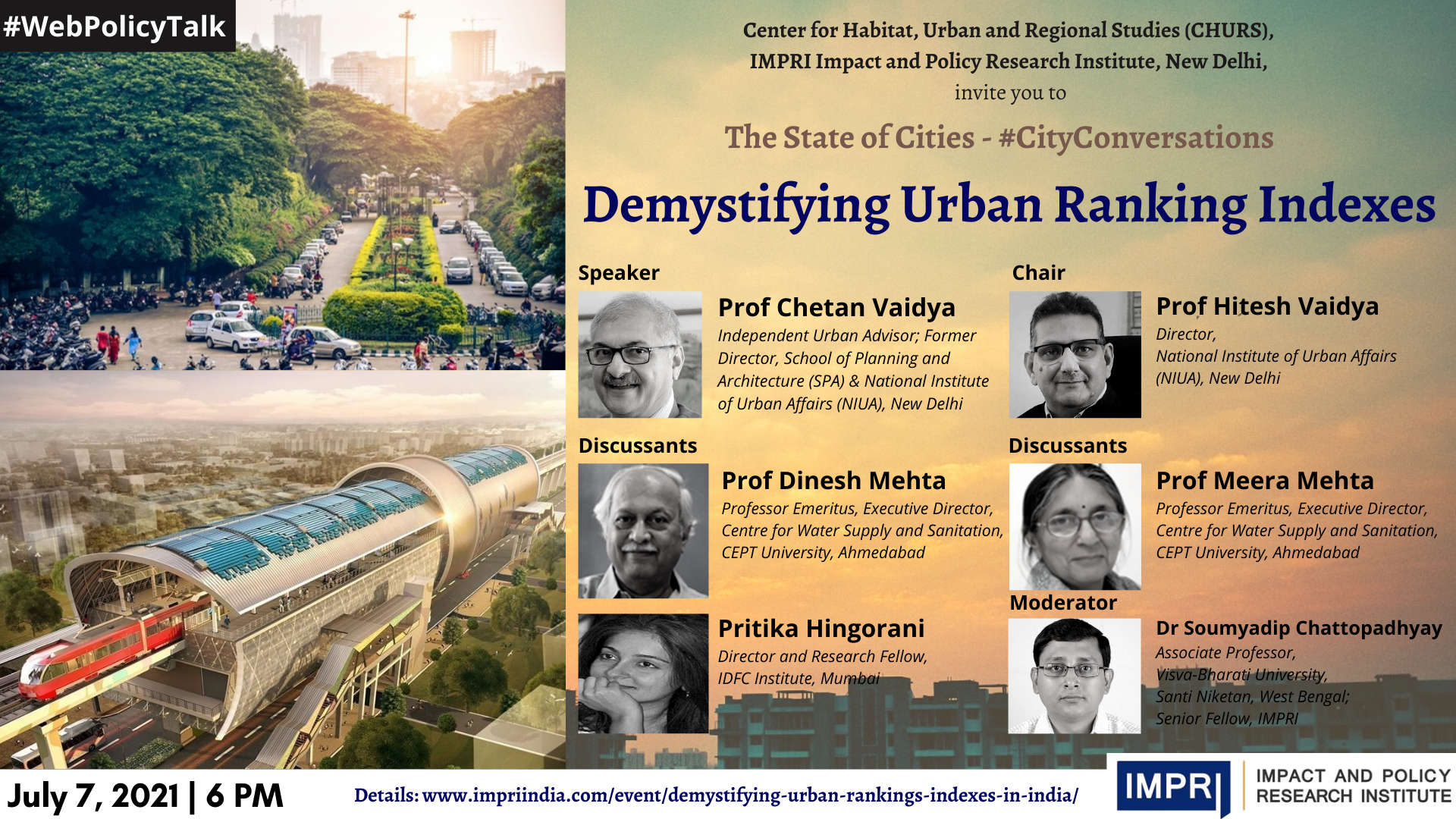 The State of Cities- #CityConversations with Prof Chetan Vaidya on Demystifying Urban Ranking Indexes in India.

The State of Cities – #CityConversations

Prof Chetan Vaidya is an Independent Urban Advisor with over 30-year long academic, research and consultancy experience of urban planning and development. In 2015, IIT Kharagpur recognized him as distinguished alumni. He was Director of the School of Planning and Architecture (SPA) New Delhi during 2012-17 and was also Director of National Institute of Urban Affairs (NIUA) during 2008-12. From 2019, till recently, he was Senior National Urban Advisor Kochi Smart City supported by GIZ (German International Co-operation). About the Talk – Demystifying Urban Rankings Indexes in India

The Government of India has introduced a number of Urban Ranking Indexes such as Ease of Living, Municipal Performance, Swachh Surveksan (Clean India), Service Level Benchmarks, etc. They provide good comparative benchmarks and encourage healthy competition among the cities. Some of these indexes have led to increased citizens participation, improved delivery of services and introduced governance reforms. The presentation will explain basis of these indexes, their achievements and need for a much more disaggregated indexes at the ward or zonal level for better urban development.