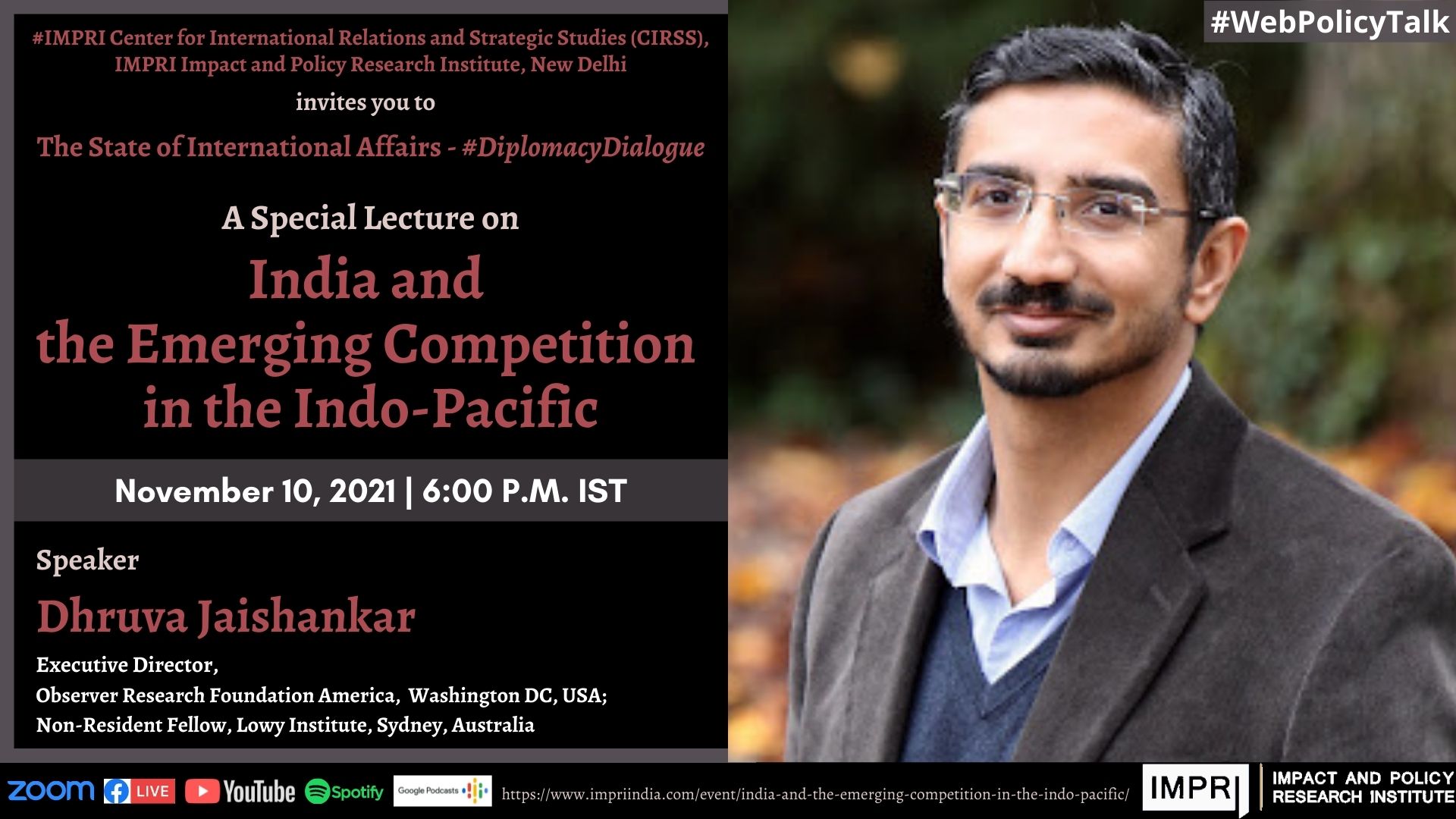 The State of International Affairs – #DiplomacyDialogue

A Special Lecture on

Details of the #WebPolicyTalk:

Dhruva Jaishankar is Executive Director of the Observer Research Foundation America (ORF America).  He is also a Non-Resident Fellow with the Lowy Institute in Australia. A regular contributor to the Indian and international media, he presently writes a monthly column for the Hindustan Times. His published research on India’s relations with the United States, Japan, Australia, Southeast Asia, and Europe; defense and security policy; and globalization, democracy, and technology; has appeared in several books, policy reports, and publications including Foreign Affairs, Foreign Policy, and Survival.

Jaishankar was previously Director of the U.S. Initiative at the New Delhi-based Observer Research Foundation (ORF). Prior to that, he was a Fellow in Foreign Policy Studies at Brookings India in New Delhi and the Brookings Institution in Washington DC from 2016 to 2019. From 2012 to 2016, he was a Transatlantic Fellow with the German Marshall Fund (GMF) in Washington DC, where he managed the India Trilateral Forum, a regular policy dialogue involving participants from India, Europe, and the United States. From 2009 to 2012, he was program officer with the Asia Program at GMF. Before that, he worked as a research assistant at the Brookings Institution in Washington and as a news writer and reporter for CNN-IBN television in New Delhi. In 2015-2016, he was a Visiting Fellow at the S. Rajaratnam School of International Studies at Nanyang Technological University in Singapore. Jaishankar holds a B.A. in history and classics from Macalester College, and an M.A. in security studies from Georgetown University.

To register for this event please visit the following URL: https://us02web.zoom.us/webinar/register/WN_ESB__xOAT0qspy6M-g_65A →

Liberal International Order and Global Disorders: Understanding the Past for Imagining Alternative Futures